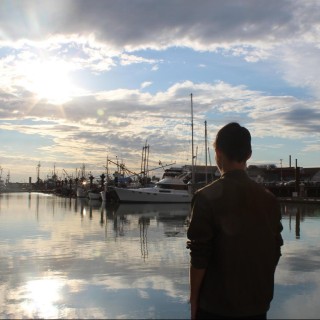 The Holocaust was a brutal and difficult time period. It was a systematic, state-sponsored persecution and murder of six millions Jews by the Nazi regime and its collaborators. The Nazis believed that they were “racially superior” and that the Jews, were deemed “inferior”, were a threat to the German racial community.

The Nazis also targeted other groups because of their perceived racial inferiority: Gypsies, the crippled, (Russians, Poles, and others…), homosexuals and many more. All this to say that it was a brutal and cruel era. To know that millions were persecuted and killed is horrible, but what was even worse was that the Jewish community was the primary target of the Nazis – to eliminate every single Jew.

Many of us have learned about the Holocaust either by our parents or at school, but nevertheless, I believe that we often forget about the true importance of the Holocaust and how it impacted the Jews. You know, for a very long time, Jewish people among others were labeled as stupid and inferior. Many of whom were being hated on, even their Synagogues were being vandalized by hateful people. But this is still the case today, and I believe that for every religion and race, we must respect and treat each other as equals. I am well aware that this has been said many times in my previous posts, but I truly believe in the words respect, love, and equality.

Speaking of, two days ago, my family and I had the privilege of attending a beautiful ceremony in remembrance of the Holocaust at our local Synagogue. What was said through prayer and talks moved me and made me reflect much deeper on this subject. In the room, we were among several Holocaust Survivors as well as families who have lost their loved ones. A very difficult time for them to attend the ceremony.

Overall, many prayers were said and many talks were said, but there was one thing that was said in which stood out to me, it was the fact that hatred towards the Jews never began with the Holocaust, but with words. I have to say, we as a whole have not yet learned to accept and respect each other, we are the problem to our problems and thus, we can only fix it if we first fix ourselves. 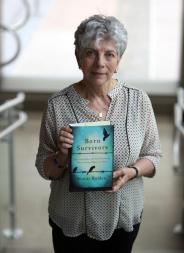 Before I end this blog post, I want to say that the ceremony ended with a beautiful, inspiring women named Hana (on your left) who talked about her experience during the Holocaust. What she said was sad but very moving, and there was not a single person in the room who wasn’t touched by her story.

She is the daughter and born survivor of one of the three young mothers who defined courage, defiance, and hope during the Holocaust. You can find her story in Wendy Holden’s international best-selling book called Born Survivors. I have not yet finished the book, but I can say that it is really good.

So let us never forget the importance of the Holocaust and how it has impacted the lives of many.

“We are alive. We are human, with good and bad in us. That’s all we know for sure. We can’t create a new species or a new world. That’s been done. Now we have to live within those boundaries. What are our choices? We can despair and curse, and change nothing. We can choose evil like our enemies have done and create a world based on hate. Or we can try to make things better.” – Carol Matas, Daniel’s Story

Benjamin Lessard is a young Canadian writer and photographer on a mission to travel the world - Sharing his life's greatest moments, adventures, stories and pictures, he hopes to inspire and educate the world of our beautiful planet and what lies beyond it. View all posts by Benjamin Lessard

16 thoughts on “The Importance Of Remembering The Holocaust”